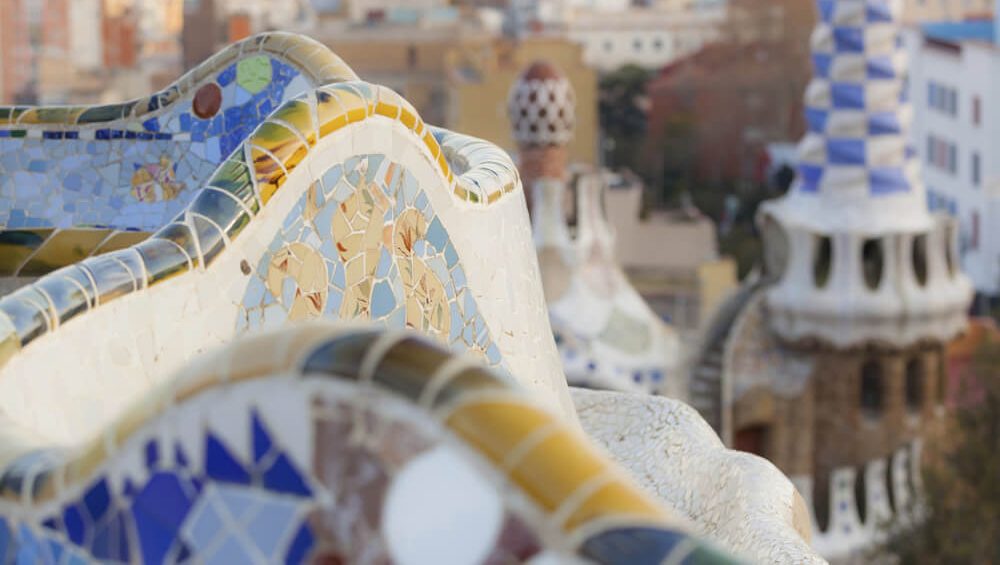 Must do’s in Barcelona: 10 unusual ideas to remember

Anyone who googles the essentials of Barcelona will find some of the most common highlights, such as visiting the Sagrada Familia, Park Güell, Casa Batlló, Montjuïc and Poble Espanyol, Las Ramblas, the Boqueria Market, the Gothic Quarter, and more. However, even if you only have a few days to visit the city, you can include out-of-the-ordinary plans in your itinerary to bring you a different memory of your stay.

1Bike ride along the city seafront

One of the indisputable attractions of Barcelona is its maritime area, where history and modernity are found. On one side, take its old port, where the Gothic and Raval neighbourhoods converge with the emblematic fishermen and sailor neighbourhood of La Barceloneta; on the other, its lively beaches, promenades with modern bars, restaurants and discotheques, as well as hotels that are already an emblematic element of the Barcelona skyline, such as the Hotel Arts or the Hotel W, and the Olympic village. This area is a paradise for bike lovers, as it has many bike lanes and calm streets. Ride all the way to Ciutadella Park, a former military citadel and current seat of the Catalan Parliament, and beyond to the vibrant neighbourhood Poblenou, an industrial area that now houses start-ups, new restaurants and bars, art galleries and eclectic venues. Try the Palo Alto Market for a space that unites street food, music and artistic exhibitions.

Whether reaching it on a bicycle ride through the seafront or as part of another itinerary through the area, the Parc de la Ciutadella deserves a relaxed visit. Located in the heart of the city, it houses some emblematic buildings such as the Castle of the Three Dragons, the work of modernist architect Lluís Domènech i Montaner, and it comprises a lively urban paradise covering 18 hectares. Visitors can enjoy the small pond with boats, an ornate fountain and green areas to relax and maybe have a snack. Some of the attractions that most captivate visitors are the sculpture of a mammoth or the gazebo where concerts are held. 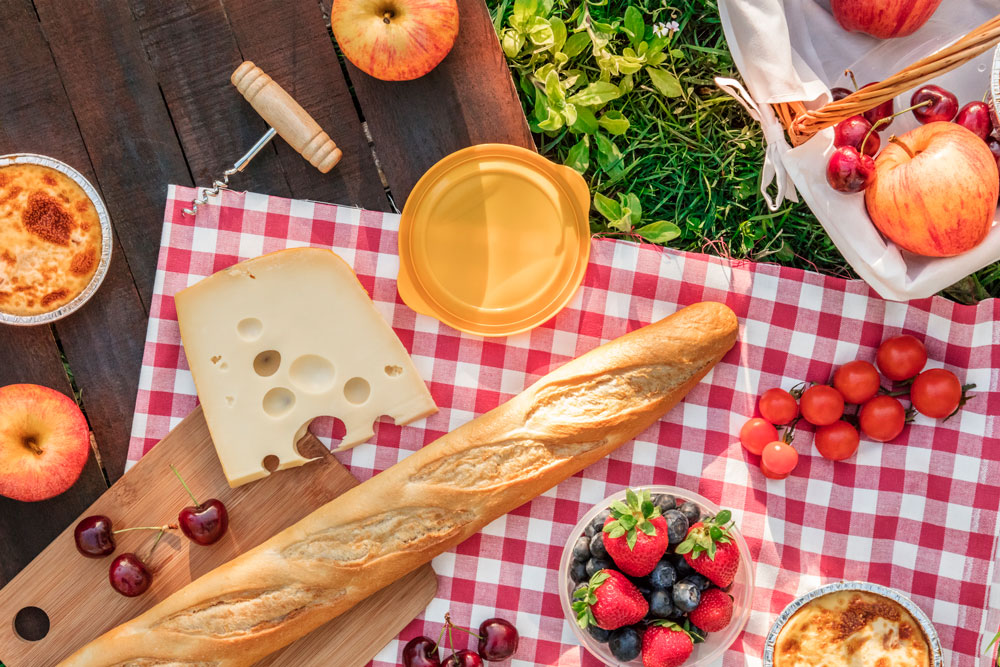 ¡FROM €39. We bring your picnic to you at the Parc de la Ciutadella, with the best local products to enjoy in the best company

If you want an offbeat plan to savour the city with your loved ones on a visit to Barcelona, PicnicBCN makes it easy for you. You only need to choose a gourmet tasting menu accompanied by a good local wine, and we will bring it to the Parc de la Ciutadella with no delivery charge on the day and time you want.

Choose my picnic
If you prefer to get away from the crowds, you can opt for other parks, such as the Parque del Laberinto northeast of the city, which has the added incentive of making you overcome a challenge: find the exit of a beautiful and intricate maze of Italian-style cypresses designed from the eighteenth century that delights children and adults. It has a symbolic entrance fee of €2 except Wednesdays and Sundays when it is free.

When you want to indulge in a tasting of local products in an emblematic market, many will recommend that you go to La Boquería. However, you have the option of enjoying a very similar experience in another less-crowded market that is more representative of the local life of the city. It’s only a 10-minute walk from there: the Santa Caterina Market. Located very close to the Cathedral, this venue was the first covered market in the city. It was finished in 1848 in an old convent and remodelled in 2005 to feature its unique and colourful undulating roof by the famous architects Enric Miralles and Benedetta Tagliabue. There you can taste delicious Iberian ham and other sausages, tasty olives preserved and seasoned traditionally, smoked shellfish, cooked vegetables, prepared dishes and much more. Pair your favourites with regional Catalan wines.

If you go to Barcelona in May or November, you may be there during the Santa Caterina Wine and Gastronomy Fair, which started as an improvised tasting selection for residents and is now one of the most popular and attractive local product fairs in the city. The market’s bodegas face the street and serve glasses of wine at affordable prices, and restaurants also open their doors and offer tapas, skewers, cheeses and sausages to pair with the wine in a local and festive atmosphere that goes on well into the night.

Barça is not only a sports symbol of Barcelona, but also a social and cultural icon. That’s why its museum—located inside the stadium’s facilities—is the fourth most visited in Spain, with an average of 1,300,000 visitors a year. It is a must-see for the curious and for football lovers and includes the trophy area and the Leo Messi space, as well as a visit to the Camp Nou stadium (the team’s locker room, the players’ access tunnel, the mixed zone, the press area and the pitch itself). 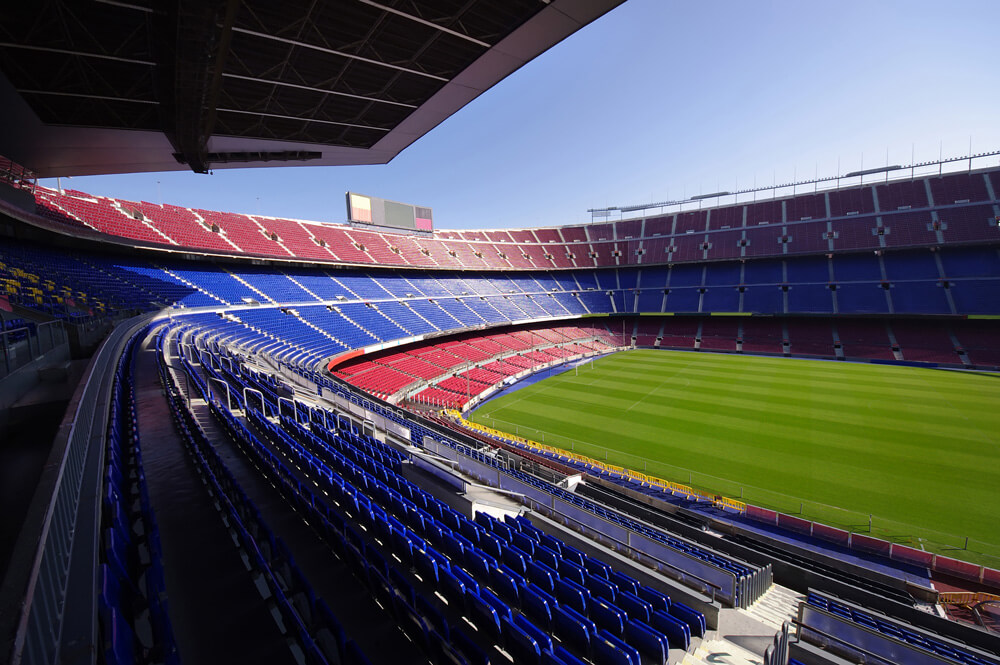 5 Attend a concert at the Palau de la Música Catalana

While it is true that Casa Batlló and Casa Milà (La Pedrera) are modernist buildings (also called Catalan art nouveau) that tend to grab your attention, this architectural style does not end with Antoni Gaudí. The Palau de la Música, in the beautiful Sant Per, Santa Caterina i la Ribera district, conceived by architect Lluís Domènech i Montaner, is an architectural jewel that boasts being the only concert hall of its style to be declared a World Heritage Site by UNESCO. Immerse yourself in this musical venue, whose architect designed it to house all the decorative arts that characterise modernism (sculpture, mosaic, stained glass and ironwork—with a special mention of its beautiful coloured glass skylight), to live the experience for which it was created and listen to a music concert of the multiple (and different) styles that are on its schedule. This is the best way to enjoy this famous work of architecture.

The Font Magica (magic fountain) of Plaça Espanya is the largest ornamental fountain in the city and was built for the Universal Exposition of 1929 along with the so-called Venetian Towers. The magic is offered by the choreographic interpretation of the water as it jumps to the beat of the music and the light effects in the interior of the fountain, which can create up to 50 different figures. It is a unique show that is suitable for all ages and can be enjoyed every hour starting at 8pm yet varies according to the season.

On the occasion of the biggest festival in Barcelona, on 24 September, the Piromusical de la Mercè takes place in this fountain, which adds a fireworks display to the choreography.. 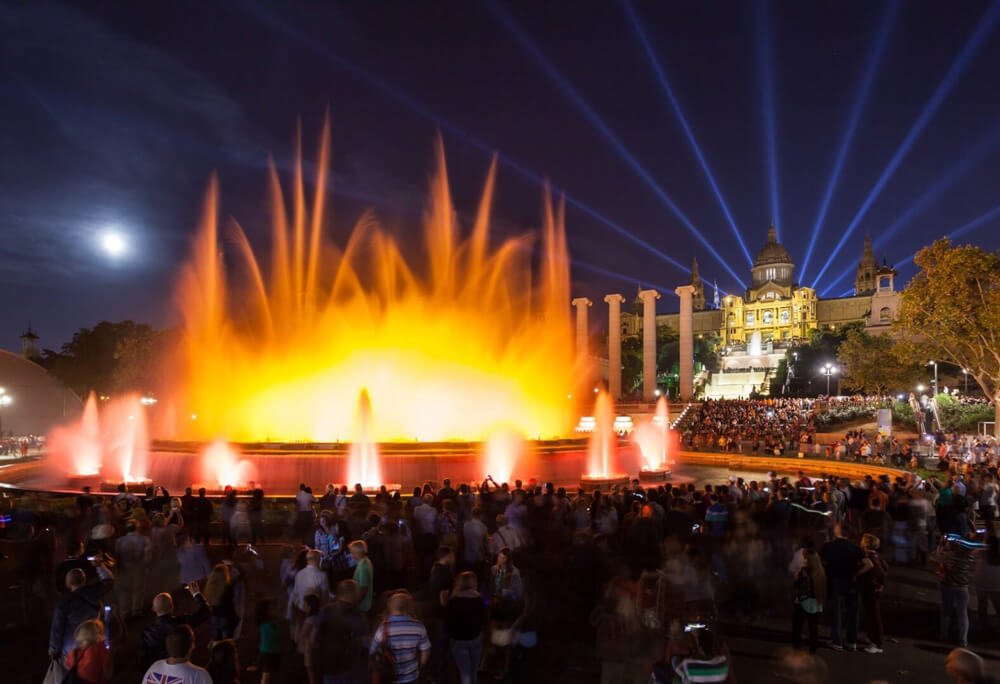 Although the winemaking tradition of Catalonia goes back a long time, the craft beer craze goes back just a few years in this region. During this short time delicious brews of malt and hops have proliferated all over the region and are served in specialised bars, restaurants and in the factories themselves, attracting locals and foreigners alike. You can find many of these places on the map offered on this website.

One of the essential experiences that you cannot miss is taking in the city from a high vantage point that allows the viewer to distinguish its many facets: its straight lines in the Eixample district, the more chaotic design of the old town, its hills, its maritime slope and its mountain face, as well as the characteristic elements of its skyline, such as the Sagrada Familia, the Torre Agbar, the Hotel W and the Communications Tower of Montjuïc. Some of the best viewpoints in Barcelona are among the busiest, as is the Carmel bunkers, but you cannot forego the 360º panoramic view of the city it offers. You may even want to take the opportunity to savour some of the most characteristic products of the local gastronomy alongside the amazing views. To learn more about the essential viewpoints of Barcelona, we recommend this post. 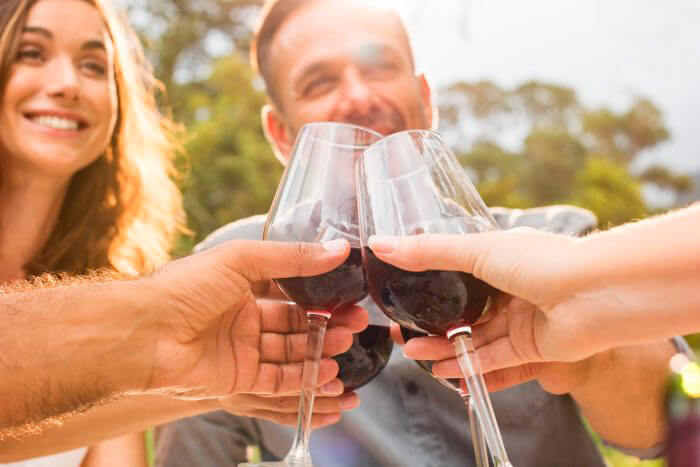 ¡FROM €30! Treat yourself to a gourmet tasting of local products while enjoying the views from the viewpoints of Barcelona 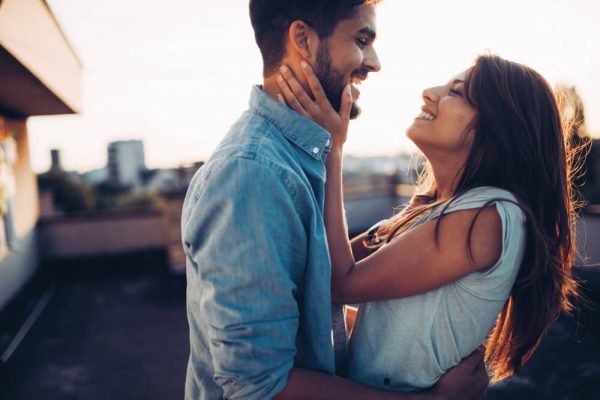 Romantic Things to do in Barcelona

What strikes your mind when you hear the word, Valentine’s Day? Perfect romantic dinner or a romantic getaway? Well, the […] 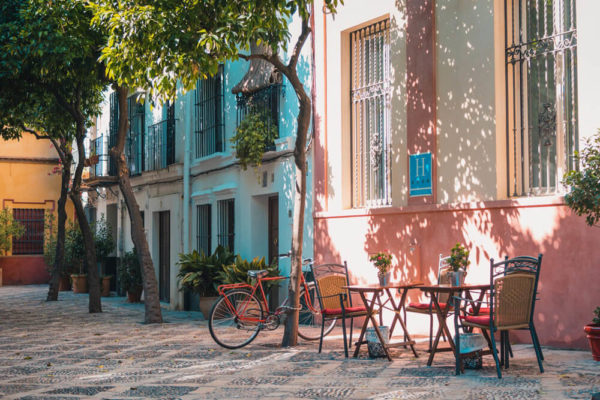 There are typical places in Barcelona known for their spectacular architecture and influx of people, but there are also faces […] 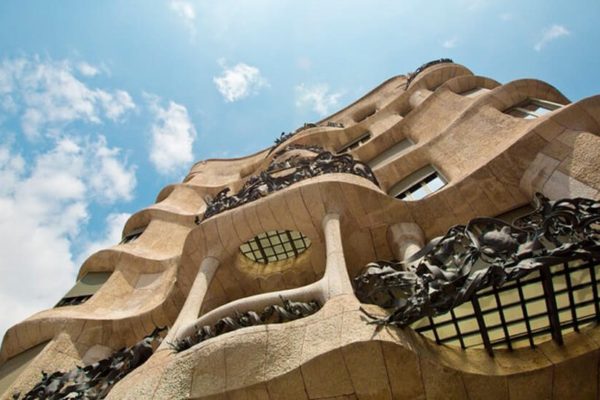 Barcelona in 5 days: a guide to the must-see attractions (while trying something different!)

Are you visiting Barcelona for 5 days and don’t want to miss any of the sites, but, at the same […]

× Need help? Let's chat!
Utilizamos cookies para asegurar que damos la mejor experiencia al usuario en nuestra web. Si sigues utilizando este sitio asumiremos que estás de acuerdo.
We use cookies to ensure that we give you the best experience on our website. If you continue, we’ll assume that you are happy to receive all the cookies on the PicnicBCN website. ¡OK!Privacy Policy